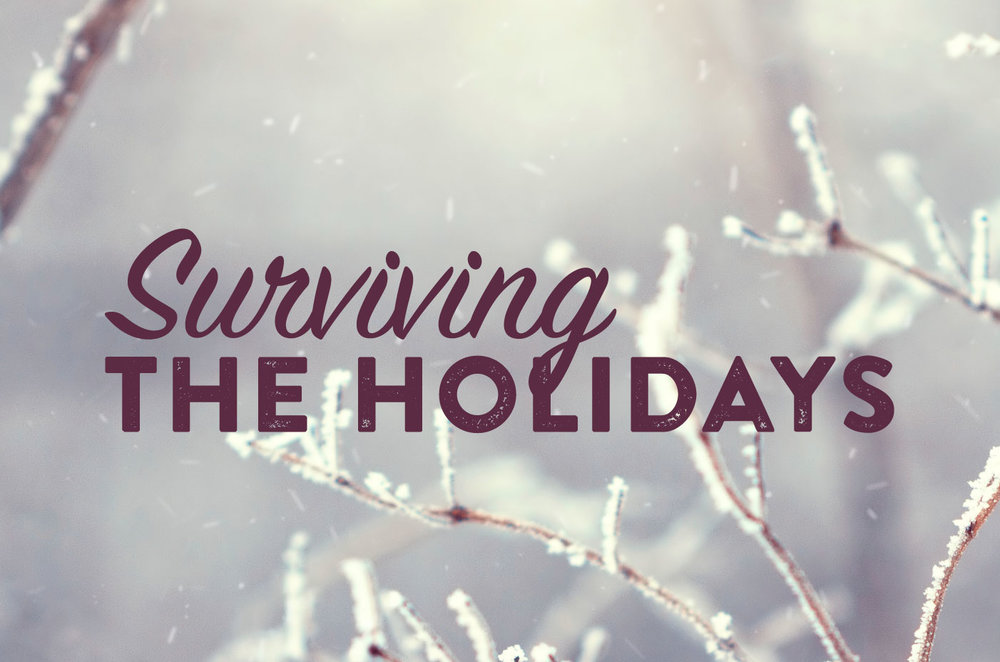 We all need a guide. The first thing is to really be ready to be related with the people that you’re there with, and out to cause something extraordinary with people. We can have all the dinners, we can have all the decorations, and gift-giving and receiving but really what’s at the heart of a great holiday, no matter how great the food was, how beautiful the decorations were, what makes or breaks a holiday is the relationships we have with people and whether we enjoy the people or not. So what we really want to focus on is how to really have extraordinary relationships with the people we’re with, whoever we’re spending the holidays with. You may ask yourself, “How do you do that when you don’t even want to go?”

I had that experience myself once at a birthday party. I was invited someplace, rather obligated to go just because of all the different circumstances, a place I really didn’t want to go. Here’s what I resolved for myself. As I was going there, I said, “Okay. You’re going to have a better time than you think you can have,” and then I rang the doorbell and walked in the door with that commitment in place, like really, “Okay,” and when I walked in the door, just having committed to have a better time that I thought I could have, and I ended up meeting new people that were instrumental to my future! It was great!

My clients often ask me what to do when someone says something to you that makes you mad but you don’t want to ruin the holiday for everyone?

“There are actually three things you could do but there’s only one of them that really works.”

One thing you could do is argue, right? You could. Somebody says something that makes you mad, and you just want to – you just can hardly stand it. You just so want to let them know that what they said was wrong. You could come back with your best, best, best answer that really proves how wrong they are, except guess what? You’ll end up in an argument because then they have to defend themselves and then you have to defend yourself, then they have to defend themselves, and we know where that one goes. So that doesn’t work. Another thing people often try is to not say anything, just try to grit your teeth and grin and bear it, but you really are holding onto it and you still let it shape you, like whatever they said really does ruin your day because that’s all you’re thinking about, all you’re stewing about, and even though you’re not responding, it’s totally shaping you. You’re succumbing to it. That doesn’t work, either, because your day’s still ruined.

There’s a third thing you can do, which is – it sounds simple but it really is profound. It’s just to let it go by. Let it go. Sometimes I imagine being a bullfighter where you just – what you don’t do with a bull, you don’t argue with it, right? Yet you don’t lay down and let it run over you. Look at matadors. They are masters at just stepping out of the way and letting things go by. I think sometimes we think we have to deal with everything that people say, but people say things they don’t even mean. People say things that they didn’t intend to be upsetting, and a lot of it, especially around the holidays – I think this is all the time, but especially around the holidays. Let some of it go by. Just let it go by, step out of the way, and then stay right there in the conversation and just committed to what you’re committed to causing in terms of your friendship and your relationship with that person.

Now, if somebody says something that’s really irritating to you and you let it go by, how do you not let that fester? You simply have to relate to it for what it is. It’s just something they said.

“We put a lot of focus on how the other person is treating us, but you know what? Even if someone’s not treating us well, if we love who we’re being, we’re actually pretty satisfied. The opposite is also true, isn’t it? Which is that if somebody’s being great with us but then we’re pretty cranky with them, then even them being great with us doesn’t make a difference for us because we’re still cranky,”

If we really study relationships, one of the things you notice is that the whole point of other people like the opportunity of people, of being with people, is that without them there, we don’t get to be somebody, and the quality of our life comes from who we get to be with people. So it’s right there, so why appreciate somebody you’re mad at is because you’ll end up being really happy with yourself and therefore even happy with them through your own empowerment about who you are choosing to be within the circumstance.

Last week I had a client say to me, “My husband’s so controlling, how can I have a happy holiday if he tries to control everything?”

There are two things here. If you know that about your husband, if you know, from holidays from the past, one of the things that really works is to, ahead of holidays, ask him everything that he wants so that you actually know what he wants and he has some – he gets to say what’s important to him before the holidays ever get there so that he already knows you’re committed that he gets what he wants and then at the holiday itself, I kind of always have a theory called ride the horse the way the horse is going. The more you would fight it or the more you would resist, probably the more controlling he’s going to try to be because he’s going to be fighting back then. If you really just keep looking for it, there’s something that’s important to him, something. People only try to be controlling because there’s something important to them, and if you can just listen for and try to hear what’s really important to him and then make sure he gets it or make sure that he knows that you’re committed that he gets it, then guess what happens? He starts paying attention to what’s important to you and that you get that as well.

Two things, again. One is, if at all possible, before the holidays ever happen, sit down, talk about what’s going to be important to each other at the holidays and what’s going be important to your husband so that he knows that he knows in advance that you’re out to make sure he gets a really great holiday that he wants. Then when the holiday’s happening itself, just keep trying to hear, when he’s being controlling, what is important to him and how can I make sure he knows that I’m committed that he gets that, and then I promise, it really is amazing how much then the other person starts wanting to make sure you get what you want, too.

Here’s another question I’ve been asked, “My mother-in-law doesn’t make me feel welcome. I don’t want to go. How do I survive that?”

People also really appreciate being acknowledged for the “good” that they are. Acknowledging people for their better attributes or way of being in life actually helps them to connect to that side of themselves in the present moment and that paves a way for them to move forward in extraordinary ways allowing you to have an extraordinary and memorable experience and holiday with them.